Attorney and Counselor at Law

Kimberly Moss is a Supreme Court of Texas licensed lawyer and Dallas native who went into the practice of law with the intention of working for herself and bringing value to the community she serves. Prior to law school, she worked for Experian Information Solutions in Allen, Texas where she learned a great deal about the credit and financial industry prior to the housing market crash. It was there that she learned how to communicate with people in difficult situations, and she has carried that empathy and compassion with her into her family law practice and oil and gas law practice in Houston, Texas.

During her tenure at the University of Texas School of Law in Austin, Texas, Ms. Moss worked for Texas RioGrande Legal Aid (TRLA). At TRLA, she provided legal help to low-income individuals with various legal matters including landlord-tenant disputes, Medicaid and unemployment claims, pro se divorce, child custody and visitation, and protective orders for victims of domestic violence.

Upon graduating from law school, Ms. Moss entered the oil and gas industry as a petroleum landman where she traveled the United States researching mineral title in various courthouses and negotiating leases for a major natural gas exploration company. She decided to establish a law office to provide legal help to real people with real problems. Due to her years in the oil and gas business, she has a savvy business sense and enjoys solving problems.

Kimberly is a proud member of Houston Volunteer Lawyers and Fort Bend County Lawyers Care. When she is not practicing law, she is studying for her Masters in Public Administration via remote learning at The University of Baltimore. She loves and appreciates her team and the clients they serve.

Pamela Christine Lyle is a San Francisco Bay area native and Supreme Court of Texas licensed lawyer who graduated from South Texas College of Law in 2009.  She was active in the Family Law and Probate Society as an exceptional law student. From June 2015 to November 2018, Ms. Lyle contributed to the success of a family law firm in the Katy area before joining the Moss Law team in 2019.

Ms. Lyle received a Bachelor of Arts Degree in political science from the University of Arizona from 2002 to 2005 where she was a member of the National Political Honor Society Pi Sigma Alpha, which is the only honor society for college and university students of political science in the United States. Pamela has brought considerable value to the Moss Law team with her insightful questions, diligent work ethic, and impeccable research. Her analysis and writing skills are second to none. When she is not providing excellent legal advice, she enjoys reading, crafting, and spending time with her two cats. 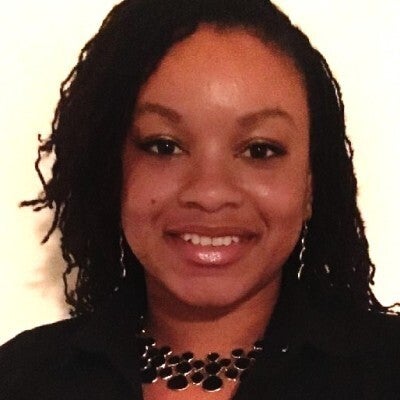 Gloria C. French hails from Fayetteville, North Carolina. She has a Bachelor of Science degree in accounting from the Colorado State University Global Campus in Denver, Colorado. She has been a member of the Moss law office team since 2015 and provides organizational and administrative support to current and prospective clients. Gloria is a commissioned notary public in the state of Texas.

She joined the United States Air Force in 2010 and continues to proudly serve her country. In her spare time, Gloria enjoys creating graphic designs and running Impact Culture Apparel, a web-based fashion company.