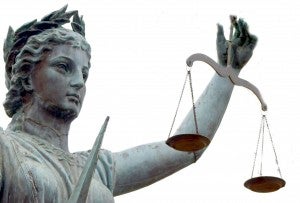 Recently, the American Bar Association Journal published an article about “sovereign citizens.” You can read it here. It goes into great detail about a group of people who consider themselves to be outside of the laws of the United States because, in their view, the United States of America was taken over by corporate interests once it stopped relying on the gold standard for its currency and began having its money issued by the Federal Reserve.

A friend of mine knows someone who is personally involved in this fringe movement, and I had a chance to speak to him about the concept of the straw man. The straw man is based on the idea that after the U.S. abandoned the gold standard, its leaders set up Treasury accounts in the name of each baby born in the United States, permitting the government to borrow against that person's future labor. Each account is supposedly organized as a trust or a corporation. If you can legally separate this “strawman” account from your person, the theory goes, you can use the money for your own purposes and put yourself outside the reach of the law.

I asked this gentleman about this line of beliefs, and he told me not to call it a theory and went on to say that the history that we know of the United States is false. We have all been misled into believing we live in a representative democracy. Putting the political underpinning aside, this line of thinking concerns me. The more I learn about this fringe group calling themselves sovereigns or “free men on the land,” the more I am convinced that almost any idea can be used for good or for evil. These people have the right to hold any beliefs they wish, but to file false tax returns to harass prosecutors, judges, and other people is a step too far. Inciting violence against police and other members of law enforcement is wholly unacceptable and antithetical to the creed of people who claim to be fighting “tyranny.”

On this basis, people have filed numerous lawsuits, delayed the adjudication of existing lawsuits, and generally spread havoc throughout the United States judiciary. Enough is enough. This set of ideas needs to be debunked and demystified immediately. Ignoring this growing fringe belief is to sit idly by while a group of American citizens completely undermine the rule of law. Interestingly enough, these people who claim the U.S. dollar is worthless and illegitimate, take payment in U.S. dollars for their tracts and lessons on their philosophy. Under the guise of political philosophy and freedom of speech (ironically protected freedoms under the U.S. Constitution), these folks have hatched tax evasion scams and ponzi schemes that have resulted in hundreds of arrests nationwide.

I did my duty to tell my new acquaintance that he was going down a bad road with people he should not trust, but the battle to discredit these folks has only begun. The message has spread to Canada where Candaian judges are now grappling with these same issues. America ought not be the place where specious ideas take root without any public discourse or backlash. In short, friends don't let friends believe nonsense.

For more information about who I am and what I do, feel free to click around this website and explore. To schedule a consultation with me, please call (713) 574-8626. I look forward to hearing from you!