How to Safely Interact with Police Officers 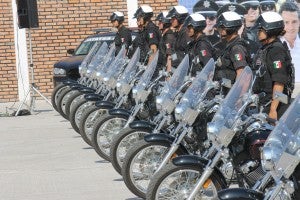 Recently a young woman named Sandra Bland was pulled over in a routine traffic stop. She and the officer who pulled her over got into a verbal altercation that resulted in her arrest; she died under suspicious circumstances three days later.  This incident and the fact that several members of the public have had interactions with the police that resulted in arrests, injuries, and death led me to want to shed some light on how best to avoid confrontational situations with the police. Every circumstance will be different, but there are some general guidelines that people should be aware of when they are pulled over, questioned, or otherwise interacting with police officers.

1. You Have the Right to Remain Silent. Use it.

In the case of Sandra Bland, the police officer and Ms. Bland had a series of arguments about issues like whether or not she had the right to smoke a cigarette in her car, whether she had to get out of her car at the officer's command, and whether or not she had the right to film her interaction with the officer. As a general rule, it's a good idea to say as little as possible to the police. You have the right to remain silent for a reason. Anything you say to a cop can and will be used against you in court, so it's best to remain mum to the extent possible. Even before you've been formally arrested, the police officer is conducting an investigation. In the event of traffic stops, the officer is observing you to determine whether or not you're intoxicated and clues such as your breath, demeanor, and tone of voice can be used to convict you if you are arrested, so why give them any additional cues? Nothing good comes from arguing with a police officer.

People often get in trouble with the police when an officer gives an order that they ignore. Even if you don't agree with with what you're being instructed to do, always, always, always obey a uniformed officer's directions. Failure to obey a police officer can result in your being charged with resisting arrest, disorderly conduct, or worse. More often than not, the officer is simply trying to do his or her job. It's never worth the risk of being arrested, so when in doubt, simply do whatever he or she is telling you to do.

3. Never Ever Run Away from the Police

It's a sad state of affairs in America when the police are as much of a threat to the general public as are “bad guys,” but it's irresponsible to ignore a problem that has been plaguing the black and Hispanic youth in our society for decades. The advent of camera phones and social media has simply made this problem come out of the shadows. It's time for people to smarten up about the way they deal with interactions with police officers because as a general rule, if you didn't call the police, they are probably not on your side. You may be a suspect. Until you find out the reason for their inquiry, follow these simple guidelines and leave with your reputation and your life in tact. For more common sense advice about life and the law, be sure to contact Kimberly Moss at (713) 574-8626.