How to Protect your Business’ Trade Secrets Part 1 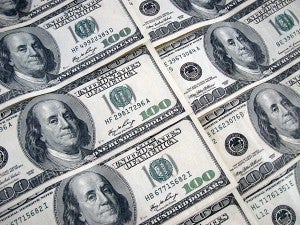 This blog is specifically for business owners. If you have formulas, special recipes, client lists, or any other information you wouldn't want your competitors to have, pay close attention. There are a few steps you can take that will protect your trade secrets and the livelihood of your business. Texas passed a new law called the TUTSA that will be discussed in detail later that is a boon to small business owners because it provides increased protection and secrecy during trade secret litigation. Before you get to that point, however, take heed to the following:

Businesses should identify what information is considered a trade secret. A trade secret is information with commercial value that has not been publicly disclosed by its owner. It may encompass elements such as business methods, strategic plans, customer lists, formulas, or product designs. Many businesses are faced with employees having access to their confidential information and data that they do not want to see being shared with a competitor.

When hiring from the competition, a company can fall into the cross hairs of a trade-secret enforcement action. The best practice is to take reasonable measures to respect competitors' trade secrets such as using orientation training to educate employees about common types of trade secrets in your industry, along with how to use the company's trade secrets. Require new hires to agree in writing not to mix their jobs with a former employer's trade secrets.

Given the increased certainty in the law, businesses should consider choosing Texas as the governing law for their agreements as well as modifying their current agreements to reflect the recent changes.  As the ultimate determination of whether information constitutes a trade secret will be case specific, businesses should be able to demonstrate measures taken to safeguard trade secret information and should clearly identify such information as “confidential.”

Your in-house counsel or legal department should send a cease-and-desist letter immediately upon learning that an ex-employee has landed a job with a direct competitor before that competitor has an opportunity to launch a new product or business initiative using any misappropriated trade secrets. The letter should specifically notify the competitor regarding the types of trade secrets the employee may have. A vague cease and desist letter will not put your competitor on notice to stop using your ex-employee's confidential information, so be as specific as possible.

Businesses that get caught up in trade secret disputes and litigation often have to disclose some aspect of their trade secrets in order to prove or disprove allegations and claims.  This potentially causes much risk in pursuing or defending against trade secret-stealing former employees, competitors, and other thieves.  Now that Texas has enacted the TUTSA, hopefully many of the protections built in the law will help positively address these ongoing concerns and encourage trade secret owners to protect their proprietary information in a proactive way.