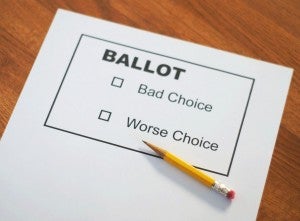 Having practiced in the Harris county family courts for the past several years, I have learned that court dockets often move slowly due to the sheer volume of cases filed and the limited number of judges available to hear those matters. I have also learned that sometimes politics overshadow the actual practice of law to the detriment of parents and children. On April 4, 2014, Judge Denise Pratt resigned as the District Family Court Judge of the 311th District of Harris County, Texas. Amid scathing allegations of misconduct, Judge Pratt stepped down citing “relentless attacks by political opponents.”

Meanwhile, over 300 cases are pending, some of them over a year and half old. Attorneys of Harris county are understandably livid. We have to tell our clients that their cases are not over. Sometimes only the judge's signature is required to close the case and give the client closure. Managing the uncertainty that has begun to overshadow the practice of family law in Harris county is an unfortunate result of the local political environment. Governor Rick Perry must announce a replacement for Judge Pratt, which means associate judges have to fill the gaps in the mean time. These judges are not familiar with the facts of the cases Pratt left behind, so a number of these cases will have to be reheard. Attorneys will have to continue billing clients who believed their cases were finished. In short, the 311th District Family Court is embroiled in chaos, added expense, and delay.

But how did we get here? At the end of December 2013, Judge Pratt dismissed nearly 300 cases for want of prosecution. In English, “want of prosecution” means that the person who filed the lawsuit never followed up with the court to pursue the matter within the previous year, so the court knocked it off of the list of active cases. Dismissing these types of cases is a common practice in family and civil courts; however, lawyers yelled “foul” because not all of the dismissed cases were called for a proper hearing to allow the attorneys to explain the delay, which is required by the Texas Family Code. Judge Pratt claimed the District Clerk's office was supposed to have sent out notices to the affected attorneys, but failed to do so because of a change in the procedure for electronic notifications happening statewide. Others say it was her court coordinator's responsibility to send these notices out per the Harris County Family court local rules. My take is that the truth is likely somewhere in the middle. The transition to mandatory e-filing has created some strain on practicing attorneys and courts. (Fore more on this issue, see here.) However, the result of all of this political wrangling is increased costs for Harris county residents seeking a divorce, child custody, or child support modification. At the end of the day, the lawyers who handle these issues have to the pass the risk of delay onto the client, which is completely unfair, but unfortunately the way of things until another judges is appointed to the 311th.

Thankfully, I've been lucky enough not to have any pending matters in the 311th affected by this delay, but the legal community's outcry to this scandal is difficult to ignore. No matter what side of the aisle you're on, everyone agrees that people expect service and integrity from their elected officials, especially when they're relied upon to make decisions affecting children and families in a major metropolitan area. My plan is to continue to educate my prospective clients and the public about the realities of addressing a family law problem in Harris county so that they know what to expect. If all else fails, my clients know that I have my finger on the pulse of local legal community and will do what it takes to insulate them from unnecessary hassle and expense.