Domestic Partners: Are you Ready to Get Married? 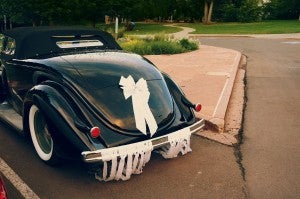 This seems like a slightly rude and obtrusive question, but it's a good one. If you have filed for domestic partnership instead of getting married (either because you're LGBTQ and it was previously illegal or because you and your partner wanted benefits through your jobs without being married), pay close attention.  The New York Times wrote a very interesting piece on this topic that I strongly suggest you read. In part, it discussed how certain companies have rescinded their domestic partner benefits to employees living in states where same-sex marriage was legalized and has given these employees a few options. The legalization of same-sex marriage has touched on some very interesting questions: namely, is it fair for married couples to have exclusive benefits simply because they are married? Also, is it fair to coerce couples to marry for purely economic reasons now that they can do so without interference from the state?

Last July, Verizon gave its employees until the end of the year to decide whether to marry. IBM gives employees a one-year grace period, though a spokeswoman said the time frame was under review; Delta said it provided a grace period as well, about two years. And some states have sought rollbacks as well.

Many employers extended the benefits only to partners of gay employees because they did not have the option to legally wed. Plenty of other organizations, however, extended domestic partner coverage to opposite-sex couples as well — and those companies are expected to maintain the benefits more so than those that offered them only to same-sex couples.

“With no legal barriers to same-sex marriage, it is likely some employers will eliminate their benefits for unmarried same-sex partners,” Todd Solomon, a partner at McDermott Will & Emery who has written a book on domestic partner benefits, said. Is this fair? Is this what was intended by Justice Kennedy's decision? To force people who would otherwise choose alternative arrangements to marry? I don't think so, but there are compelling arguments to be made on each side. For a closer look into this issue, please check out the source.

To protect your family in whatever shape it may be, be sure to get solid advice and counsel from an attorney who stays abreast of current events to make the best decisions for her clients. For an initial consultation, feel free to contact me at (713) 574-8626.