Back to School: Beyond Meet the Teacher 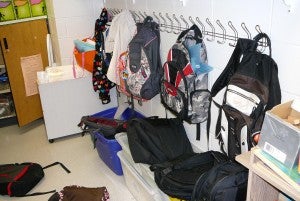 This week many Houston children are heading back to school, so many of my friends and relatives are posting adorable photos of their kids in their first day of school gear headed back into the classroom. Understandably this is an exciting time, and everyone has high hopes for the new school year. With this optimism in mind,  I was taken back by a headline that reported that the number of inappropriate student-teacher relationships is at an all-time high in the state of Texas. A summary of the findings of the Texas Education Agency can be found here.

I had no idea this was such a widespread problem and thought it would be a good idea to shed a little light on this phenomenon and give the parents in my life a little food for thought. I was previously under the false impression that once a teacher was found to have behaved inappropriately with a student, that was the end of his teaching career, but this is not necessarily the case.

In Texas, most schools have what's known as a “second chance” system. The first time an educator is found to have committed some type of misconduct, he or she is typically asked to resign and then quietly leaves. No report is made to the TEA in these instances, and he or she is free to find employment elsewhere. The second time that educator is found to have crossed the line with a student, his or her license may be suspended or revoked, and he or she is typically unable to find new employment as a teacher. This process is very troubling and has resulted in 207 cases of teacher-student involvement reported within the past year, and the number of scenarios that are not reported would likely make that result even higher.

Understandably parents are concerned. What can you do to protect your child from this kind of violation? I have a few simple suggestions. First, monitor your child's social media presence. Is he Facebook friends with his teachers? That by itself is not evidence of wrong doing, but be sure to talk to your child. Are any teachers messaging him about personal matters? Does he text his teacher after hours or spend time after class alone with the teacher on a consistent basis? You have a right to know the nature of your child's relationships with school personnel.

Second, if you suspect anything untoward is happening between your child and an educator, don't be afraid to speak up. Schedule a parent-teacher conference to clear the air about what, if anything, is going on between your child and this other influential adult. If you don't believe a parent-teacher conference would be effective, take your concerns to the school administrators. They would be very interested to know of any allegations against a teacher suggesting misconduct with a student. Your role as a parent is to keep your child safe, and unfortunately, most schools do not take the affirmative steps to investigate this type of behavior until the parents get involved. If you believe your child is being taken advantage of, it is your responsibility to intervene and advocate for the safety of not only your child, but the other children who may be subject to unwanted attention from an authority figure.